Prosper-Tech Machine & Tool was founded in 2007 by Heidi and Bob Devroy, husband and wife. Over the years, they acquired several CNC milling machines, offering services for build-to-print precision machining and plastic injection tooling. Located in Macomb County, Michigan, they server the medical, defense, aerospace/space, and automotive industries in the greater United States.

With a team of employees boasting 130+ years of experience combined, Prosper-Tech’s expertise in CNC milling is top-notch. In 2020 they were approached with an opportunity for aerospace work needing complex parts machinated and would require a very rigid turn/mill center. Not one to turn a customer or a opportunity away they reached out to friend in the industry to find the best solution for the job as this part would be best suited for a high-quality multi-axis turn/mill.

“This part would require a different type of machine than we were currently using, so I wanted to make sure we were thorough in our research so we could provide the expert customer service we state in our mission,” said Heidi. learning as much as they could about the part, Heidi and Bob started looking at the major-brand CNC turning providers: Mori, Doosan, Okuma, and Eurotech. The aerospace part in question was made of Inconel 625 and required both turning and milling.

Steve Skuras and Tim Cremeans from Merrifield Machine, their local Eurotech distributor, visited Prosper-Tech. The best solution for this part was Eurotech’s Forza TA model, designed for heavy-duty TURNING AND MILLING. Steve and Tim proceeded to take Heidi and Bob through a series of steps to introduce them to the advanced technology of Eurotech Forza and introduce them to the Eurotech and Merrifield Machinery Solutions teams. 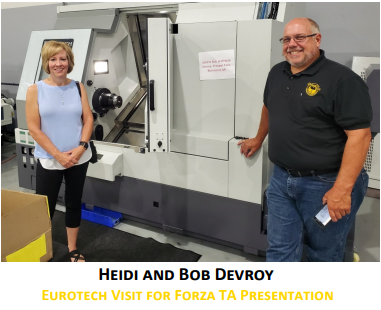 The Eurotech Forza Mill/Turn is a 5-axis turn/mill center with 15 HP, 75 Nm of mill torque and 12,000 RPM, 30 HP on main and 19 HP on the sub-spindle. It is a fast, powerful and flexible machine that can complete complex parts in one operation, delivering greater accuracy and smoother finishes than traditional machining technologies.

“When I tell people about Eurotech, I don’t just dwell on the technology of the machine. I focus on the team itself, the culture they have created and the support they give when you invest in a Eurotech machine,” shared Steve Skuras of Merrifield Machinery Solutions. “The Eurotech Forza is the finest single turret turn/mill ever built. It is fast and more reliable. It also delivers greater rigidity and accuracy than the competitors. It uses 100% high-quality components on the entire machine. In fact, the Forza does not have a single belt or pulley on the machine! From the polished way covers to the aluminum lubrication lines and the scissor style way covers, no compromises or shortcuts were taken,” said Steve.

“The support they would receive would not only be from Merrifield, their local full service distrubutor, but it would also include Eurotech and their ‘Constant Care and Commitment’ pledge. This is hard to explain to a first-time Eurotech buyer, so I invited Heidi and Bob to visit the Eurotech Tech Center in Florida,” said Steve.

“We are very much at ease when visiting the Eurotech Tech Center. Roy Selway, Vice President of Eurotech, gave us a presentation on the machine and introduced us to the team. Steve Skuras was so confident we would invest in the Eurotech Forza that he even had the team put a ‘SOLD to Prosper-Tech’ sign on it. We thought that was a nice touch,” said Heidi.

Heidi and Bob met many of the Eurotech team members. Eurotech’s Nation Service Manager, Art Silva, gave them a technical presentation of the machine with the sheet metal removed to view the interior aspects in motion as Art pointed out the features. After Art’s presentation, Joe Selway, Eurotech’s CEO, gave them an overview of the company’s origin story and culture.

“After visiting the competitor machine manufacturers, Bob later told me that he and Heidi felt Eurotech’s culture best aligned with their own company culture. As a family-built company with a focus on the Gold Rule, Prosper-Tech and Eurotech had a lot in common,” Said Steve Skuras.

“We preformed a test cut by turning, drilling and milling Inconel 625 for Prosper-Tech’s customer at our Tech Center,” said Roy Selway. “After the sale, Merrifield and Eurotech made sure that each phase of the process, includeing the installtion, the training provided, to the part produdction was delivered on-site and to Prosper-Tech’s satisfaction. “I won’t say it was smooth sailing the entire delivery and installtion, but we don’t stop until expeactions are met or exceeded,” explained Roy. 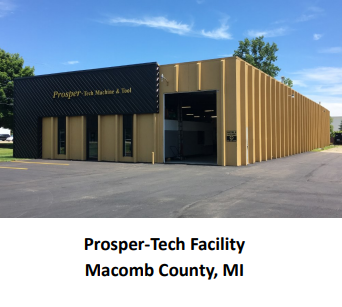 “The Eurtotech Forza opened up an entirely new type of work for us and increased our prodution by hundreds of parts a week. We were also able to bring $50k back in-house of our medical parts. The speed of the machine actually scared us at firest, so we slowed it down until we were more comfortable. We are very happy with our investement in Eurotech and are looking forwared to adding many more Eurotech Forza machines in the future,” said Bob Devory. 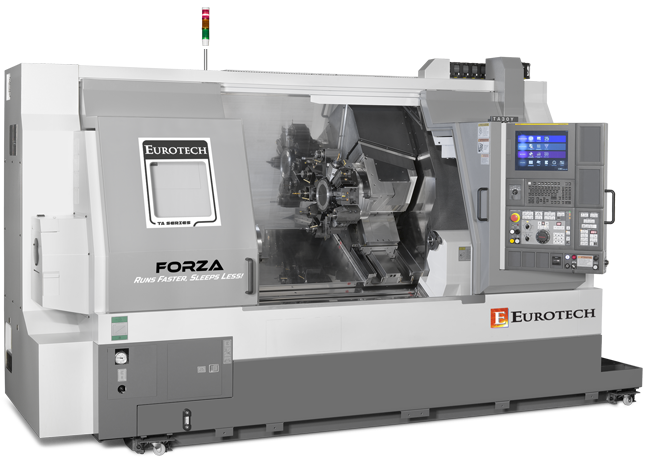 Over 100 models to choose from