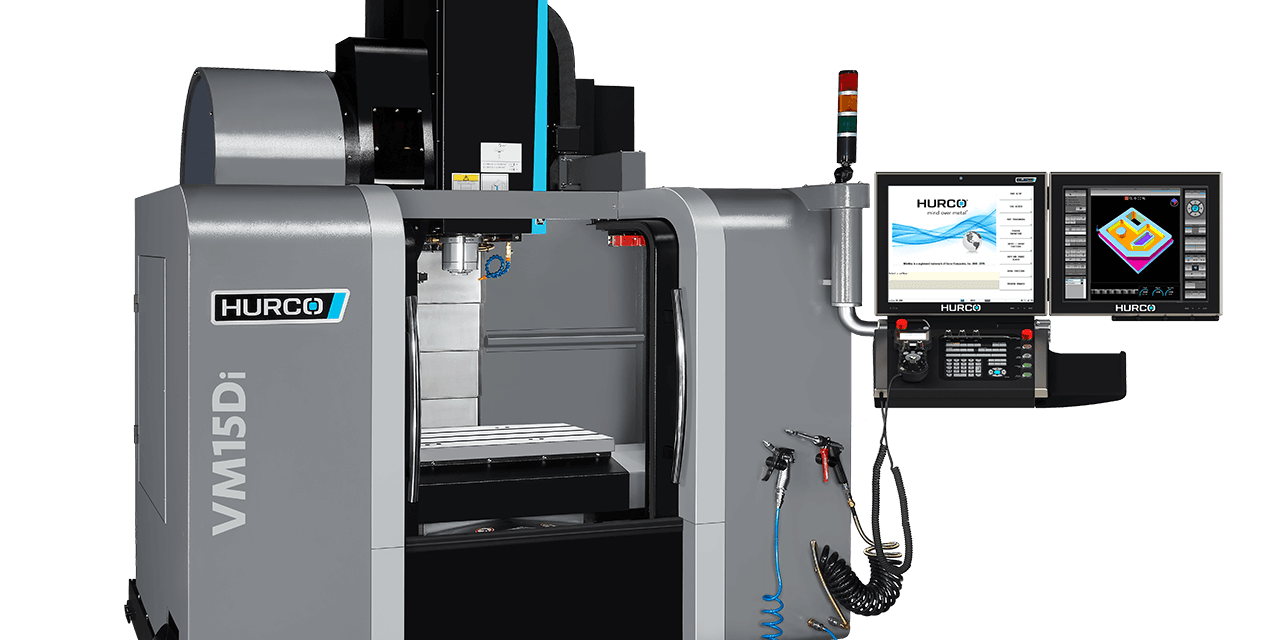 Hurco Companies has released a new machine to the VM series family with the VM15Di model. This model features a small footprint with a large work cube. No other mill packs as much productivity into such an efficiently designed package. All models in the VM series include a single-piece solid cast iron machine base, heavy duty linear rails on all three axes, full motion control system (UltiMotion), 10,000 block lookahead with 128gb solid state storage and more.

What separates the VM15Di from the other models in the series is the speed and accuracy. Starting with the spindle, the 12,000 RPM speed isn’t the fastest but it does have the highest torque with 79.1 ft. lbs. with the next highest being the VM20i and VM30i at 60 ft. lbs. The key benefits of these CNC machining centers that feature an inline direct-drive spindle include faster chip to chip time, less heat resulting in better repeatability and improved surface finishes.

Equipped with teh Hurco Control powered by Winmax software and Ultimotion (standard) that provides up to 10,000 block lookahead.